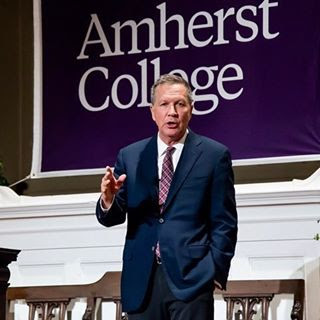 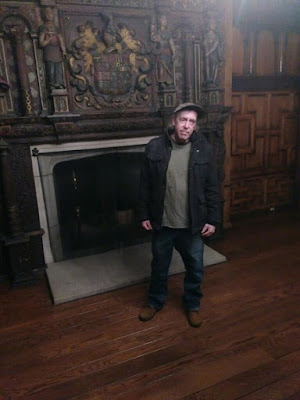 The crowd completely filled the 600 seat Johnson Chapel. It was great to see so many young people interested in hearing a political speech. They say kids today are turned off by politics, but I don't think that's true, as evidenced by the turnout for Kasich's speech. 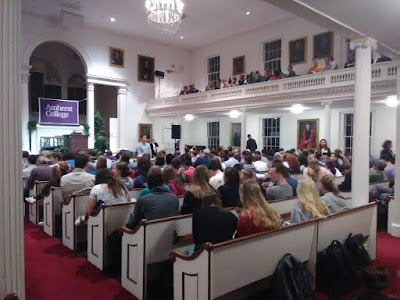 Kasich was in some ways on friendly turf, as Amherst (and neighboring Pelham) supported Kasich in the 2016 primary, which otherwise went overwhelmingly for Donald Trump. 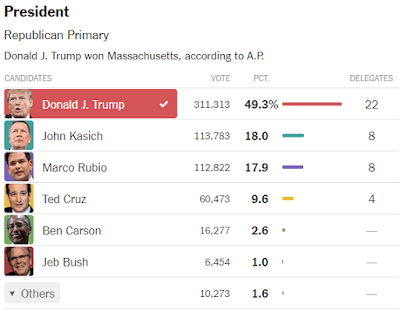 The speech went on a bit too long, but was redeemed by its uplifting message of can-do optimism. I was surprised by how many religious references he made, I hadn't thought of Kasich as particularly religious before. Of course, hanging over the event is the constant speculation in some quarters that Kasich might challenge President Trump for the GOP nomination in 2020. Massachusetts homeboy William Weld appears poised to run against Trump, but few believe Weld would be more than just a gadfly running a vanity campaign.

Kasich, on the other hand, would be a serious contender, although he would still be regarded as highly unlikely to win the nomination from Trump. In any case, Kasich gave no indication in his speech that he is entertaining such plans, and no one asked him about it in the audience questioning session. Kasich declined to take questions from the local media.

Over all, I was impressed by Kasich's speech and now think better of him than I did before hearing him in person. I would not, however, support him over Trump if the President runs, as expected, for another term. But should Trump not run due to health reasons or whatever, who knows what the GOP ticket would be? 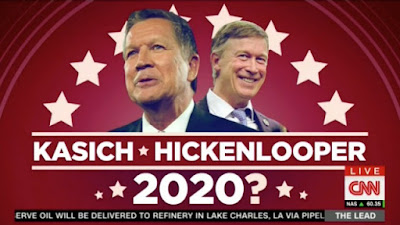 Upon the woodland way. 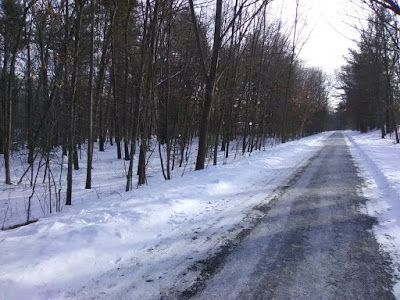 What is this sports car race image doing in the window of the Hampshire County Law Library? 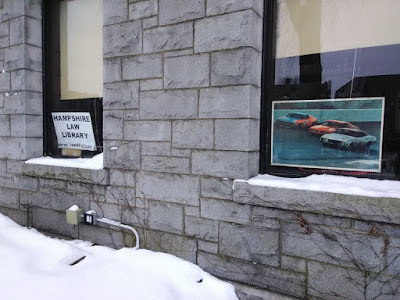 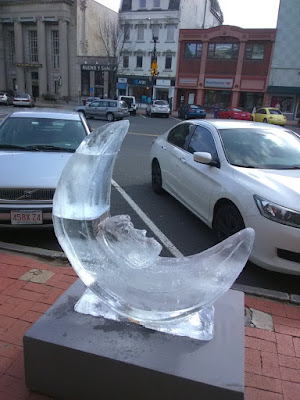 Owen uses music to unleash his rage all over our Valley. 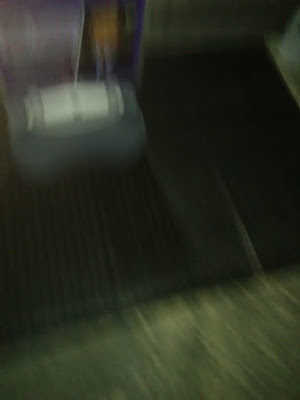